Can a homeless, junkie ex-cop fight his way back?

Cal Rogan has lost everything: his job, his wife, his daughter and his home. When he finds his best friend dead, it’s ruled a suicide. But as Cal struggles to unearth the truth, he discovers he may solve the crime but lose his daughter for ever. Follow Cal as he fights to get back his job, his family and his life in this thrill-packed trilogy.

If you like high-stakes suspense with twists and turns that’ll keep you guessing to the last page, buy now and just see if you can put it down 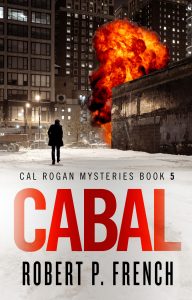 On the same day, two thousand miles apart, a woman dies in a terrorist bombing and a homeless man is beaten to death. How could their deaths possibly be connected?

Reluctantly, Cal agrees to investigate the homicide of a homeless man, known only as Wily, who was beaten to death on the streets of Vancouver. Somehow, his investigation triggers the attention of an intelligence officer in the Security Intelligence Service and suddenly Cal and his partner, Nick, find themselves targets. But targets of whom? The deeper they dig, the more they are thwarted by a highly efficient but hidden organization. Follow Cal and Nick from the drug-infested streets to the highest corridors of power, as they uncover a crime that is staggering in its audacity and magnitude.

Get this stunning new addition to the Cal Rogan series. 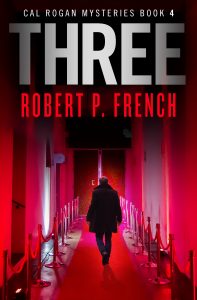 What do you do when a run-of-the-mill missing person case explodes into a crime more gruesome than you’ve ever seen?

Cal and his partner Nick are taxed to the full when a missing person suffers a horrific death. As they investigate they find no shortage of suspects; any one or more of them could be the killer. They are at a loss until they discover one important secret the victim has tried desperately to hide. A secret that propels them into directions they could never have imagined and brings Nick face-to-face with a secret of his own.

Follow Cal as he tries to hunt down the killer while fighting to keep himself out of jail and forcing him to make two impossible decisions about his own life. Three will get you guessing from the first page to the stunning conclusion. 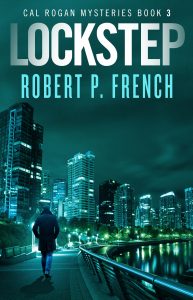 A mysterious kidnapping. A political ransom. A missing teen. To save a child, an ex-cop with a dark past must risk his future…

Recovering addict Cal Rogan would do anything to preserve his relationship with his daughter. So when one of her friends disappears, Cal splits his efforts between three separate cases. But after he digs deeper into a candidate’s political blackmail and an ex-cop’s missing teenager, he has a sneaking suspicion that both crimes are connected to the kidnapping…

As Cal and his partner Nick connect the dots, there’s only one problem: the evidence they find keeps evaporating. Cal’s only chance to save an innocent child may require committing an unthinkable crime…

Lockstep is a dramatic standalone book in the Cal Rogan crime thriller series. If you like heroes who struggle with their demons, gritty urban police detectives, and clues you won’t see coming, then you’ll love this compelling crime novel.

For the price of a latte buy Lockstep to stay one step ahead of a criminal today! 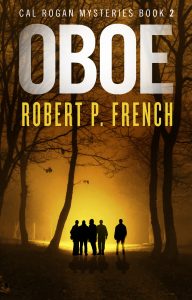 Detective Cal Rogan is down to his last shot. His supervising officer has him on probation and he’s determined to prove he’s cleaned up his act. But his return to the department may be enough to drive him back to the lure of heroin when he sees the crime scene of a child’s grisly murder.

On the search for clues, he starts to suspect the young victim’s death is only a small piece of a bloody conspiracy steeped in ritual. Before long, he finds himself swept into the strange world of a religious cult. Between the zealous believers and closely guarded secrets, his best chance at solving the case may come from a single word uttered by an autistic boy.

With his colleagues turned against him, can Rogan solve the puzzle and catch a child-killer before he claims his next victim?

Oboe is the second book in the exhilarating Cal Rogan Mysteries crime thriller series. If you like flawed heroes, high-stakes suspense, and twists and turns that’ll leave you guessing, then you’ll love this gritty thrill ride!

For the price of a latte buy Oboe to crack the code to a complex, compelling mystery today! 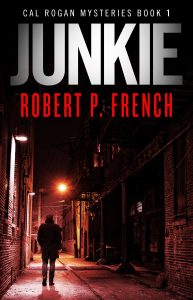 The Police say your best friend’s death was suicide. How do you prove them wrong and hunt down a killer when you are a drug-addicted ex-cop living on the streets?

Cal Rogan, once a rising-star detective, has one friend left from his old life. Kevin lets Cal come to his apartment every Saturday to clean up and change into his only good clothes so that he can visit the seven year-old daughter he adores. When he finds Kevin dead, his former colleagues rule it a suicide. He starts his own investigation and learns things about Kevin and the others in his life that he never could have imagined.
Follow Cal from the drug infested streets through the worlds of drug gangs and the super-rich to the stunning conclusion.

If you are a Kindle User… 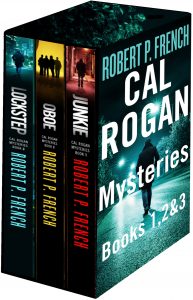 Get the first three Cal Rogan Mysteries, for less than the price of two, in this special edition Kindle boxed set which you can read for free if you are on Kindle Unlimited.